History of the IWF Bologna Inside Guide

It was an exciting time. Julie Wade had decided Bologna needed an association for anglophone women, and she set out to find them: amazing, independent

My part for the Guidebook was preparatory and mainly “behind the scenes”. I had been living in Bologna with my Italian husband for almost 20

The exact details about how the guidebook came about are fuzzy, but the excitement around the initial idea is still fresh in my memory. I

The origins of Bologna Inside was a confluence of events that unfolded in 1998. The spring of that year brought together a small core of

Launch of the guidebook in 2006 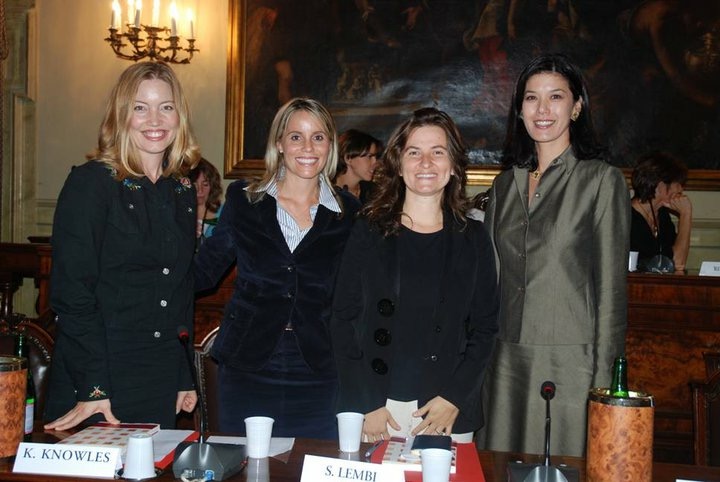 Contributor to the second edition

In those first few months, I could not have made it without Bologna Inside! From learning about the permesso di soggiorno to the intricacies of social behavior, it was an essential read for settling into Bologna.
Jas CiardellaFormer IWF President
When I learned we were moving to Bologna for my husband’s job, I naively thought I would be the only English-speaking wife there. But then I was told about the IWF Bologna and given a copy of Bologna Inside. What initially began with apprehension and uncertainty, relocating to Bologna then became an exciting opportunity to embrace a new culture with the support of a unique community of women.
Christine RicciFormer IWF Board Member
The Bologna Inside Guide Book was given to me on my first day visiting potential apartments in Bologna. It immediately became a resource that accompanied me to land more softly in Bologna. My first friends, in my new Italian life, were made during coffee mornings and in other events over the past 7 years I’ve continued to build some of the friendships I treasure the most. I trust this new online version will prove to be a helping hand for women embarking in a new adventure.
Laura Mora DiazIWF Vice President
Previous
Next

I moved to Bologna in 2002 and joined the International Women’s Forum shortly thereafter. At my first meeting, I met both Kathryn Knowles and Susannah

Taking the portraits for the second guidebook was just as fun as it was for the first edition – the photos seemed to “take themselves”.

Launch of the third edition

We will be updating our Bologna Inside guide periodically and would love to include your feedback. If you have any comments, suggestions or questions, please write them here.