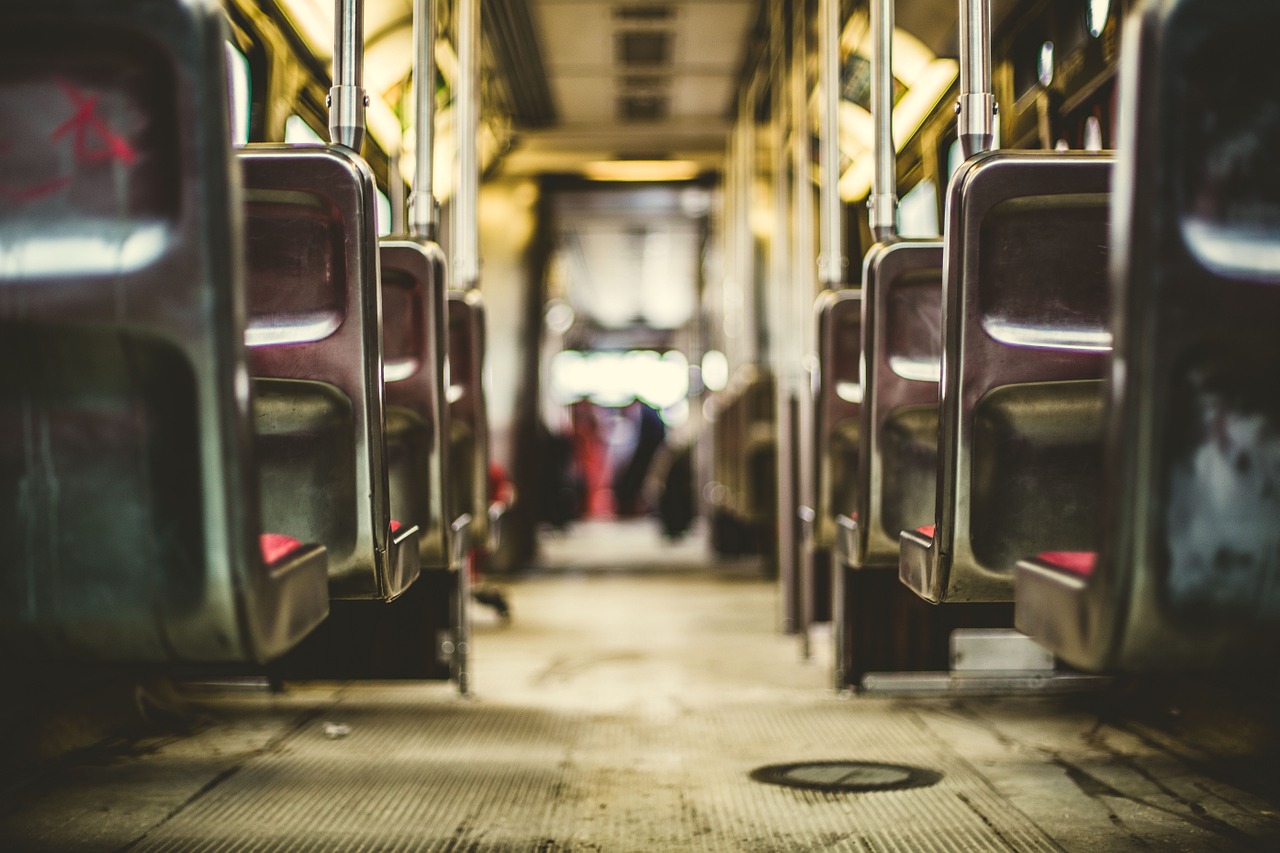 Bologna is a medium-sized city, but getting around in the congested centro storico (historic city center) can be a challenge. Inside the old city walls, bus, bike or foot travel is highly recommended, not only because it is highly convenient, but also to avoid contributing to Bologna’s already troubling pollution problems.

The worsening smog has prompted the city government to take various measures to reduce traffic in the city center. The centro storico is considered a ZTL, or zona a trafico limitato (limited traffic zone). Entrance into the ZTL is regulated by a video surveillance system called Sirio. Unless you have a resident pass, you may not drive a car in the ZTL from 7:00 to 20:00 any day, including Sundays. Even if you are a resident, there are certain streets in the city, notably the ‘T’ formed by Via Rizzoli/Ugo Bassi and Via dell’Indipendenza, which are always off limits to all private traffic. Sirio’s sister system, Rita, controls this access. If caught by Sirio or Rita, you will receive notification of your steep fine by mail. A word of caution – it takes several weeks for your infraction notice to arrive by mail and you may find yourself with a heap of fines before you are able to modify your driving route.  Sounds confusing? It is. Consider taking the bus, walking or riding the bicycle.

For more, up to date, information check the Comune’s website.

Buses, while sometimes quite crowded, are a reliable, swift way to get across town, especially the small, red navette (shuttles). Bologna’s bus service, organized by Trasporto Passeggeri Emilia-Romagna, aka TPER (www.tper.it), offers comprehensive coverage of the city, the province and the surrounding area.

Tickets can be bought at tabaccherie (tobacco shops) and it’s a good idea to buy the City Pass which is valid for 10 rides, at a discounted price. For up-to-date information on prices for daily, monthly and other passes, check www.tper.it/tariffe.

In addition to tabaccherie, you can buy tickets on board using your smartphone. For details, check www.tper.it/apps.

If you need more information about different transport options, routes and prices, go to the TPER Information Office (www.tper.it/i-punti-tper). For the city of Bologna, the two most important offices are in Via Marconi 4 (corner of Via delle Lame) and at the Autostazione di Bologna (Bologna’s central bus station) in Piazza XX Settembre 6.

With a bicycle, nothing in Bologna is really more than 15 minutes away from the Due Torri (Two Towers). The classic, gearless, bike is best suited to Bologna’s streets and alleys. Since you’ll probably be leaving your bike on the street, you should buy something sturdy, with good brakes and working front and rear lights. As bike theft is common in Bologna, it’s not a good idea to spend too much or choose anything flashy. Careful when buying a second-hand bicycle from a stranger, it may be stolen property and you risk having to return it to the original owner if it gets spotted. Ask at bike shops to find used bikes for sale.

Spend as little as possible for your bike, but buy the best lock you can find. You can find locks at the ferramenta (hardware store).

See the section Outdoor Sports & Leisure in Tempo Libero for more info about biking in Bologna.

One of the most popular forms of transportation in Bologna is the motorino (scooter). The licence requirements depend on your age and the horsepower (check this informative article for details on obtaining driver’s licence in Italy and this one about the general criteria for getting a driver’s licence for EU and non-EU citizens). If you buy secondhand, make sure you obtain the certificato per ciclomotore (motorcycle permit). Wearing a helmet is obligatory and saves lives.

Electric scooters (monopattini elettrici) are fast becoming a popular means of transportation. However, if you decide to ride one of those (no permit required), be sure to follow the safety regulations in force. As of 10 November 2021, their speed limit  has been reduced to 20 km/h on the road and 6 km/h in pedestrian areas. A parliamentary proposal also seeks to introduce a ban on driving after dark and obligatory helmet wearing. For the time being, however, the Highway Code treats electric scooters as some sort of high-tech bicycles.

Exploring the province of Bologna and beyond

While many areas of the province have excellent public transportation links, driving is often imperative. If you live in the Apennines, you should also learn the basics about driving in snow. In this area, it is common to honk when entering a blind corner.

The tangenziale is useful for entering and exiting the autostrada, but during rush hour can be a nightmare. By law, you must always turn on your headlights while driving on the tangenziale.

If you aren’t terrified by high speeds, truck convoys and dense traffic, the autostrade (the Italian expressways, generally with tolls) can be a quick alternative to the tangenziale for getting from one end of the province to another. Italian motorways, indicated by green signs, are privately owned and you must pay a pedaggio (toll). If you commute on the autostrada, you will want to consider a Telepass, which will allow you to pass in a special lane, automatically debiting the toll. For more information, see www.autostrade.it or www.telepass.it.

Be aware of some behaviours that are not listed in your driver’s manual. For example, when you see a car flashing its lights behind you, it means another driver is coming up on you fast and wants you to get over in the other lane. In other words: get out of the way! Although you will see others passing in the emergency lane, this can result in automatic suspension of your license.

The following is a list of autostrade passing through Bologna:

There is generally good public transportation service between the towns in the provincia (province) and the city of Bologna, making it possible to commute by train or bus. See www.tper.it for information on the extraurbane (beyond city limits) bus lines and regional rail lines. Regional train tickets can be purchased online at www.trenitalia.com by selecting ‘Trasporto regionale‘ and then ‘Emilia-Romagna’. Train tickets can also be purchased at the Stazione Centrale di Bologna (the Bologna central train station) or at automated ticket machines at some suburban train stations.

TPER tickets, both for bus and train, are based on the number of zones you will cross on your trip from start to finish. An online zone calculator is available at www.tper.it by selecting ‘Biglietti e Abbonamenti‘, then ‘Extraurbani a zone‘ and indicating the zona origine (starting point) and zona destinazione (destination). Ticket costs based on zones are also listed. Tip: not all edicole (newsstands) have extraurbani biglietti (tickets for travel beyond the city limits), so it is better to purchase your return ticket as well in the provincia, or get a multiple 10-ride pass for your zone.

If you are commuting by train or bus, consider a Mi Muovo abbonamento (pass). Various options are available: monthly, annual, student, combination train and bus, combination extraurbane, suburbane and urbane (inside and outside the Bologna city limits) bus lines. Again, the cost is based on the number of zones. These passes can be obtained at the TPER offices in Bologna (Via Marconi 4, corner of Via delle Lame), or also at the Stazioni Centrale (central train stations) of Bologna and Ferrara, the Autostazioni (central bus stations) of Bologna and Imola. Some Mi Muovo passes can also be purchased online. You will need to bring a passport size photo, and once you have your Mi Muovo pass, you can renew the services online or at many bancomats.

By registering on the TPER website, you can also make reservations online.

Some buses also leave from and arrive at the Autostazione (central bus station) di Bologna in Piazza XX Settembre (www.autostazionebo.it).

In the pianura, areas that are not serviced by regular bus lines are instead connected to the principal routes via the Prontobus, a shuttle service that only makes its routes if you have called to reserve it. If you need to reach the Bentivoglio hospital using public transportation, for example, you will need to call the Prontobus at least 35 minutes prior to your departure. The Prontobus is very reliable and easy to use.